The breakout stars the world fell in love with in Universal Pictures and Illumination Entertainment's Despicable Me global film franchise headline their own movie in Minions.

The story of Minions begins at the dawn of time. Starting as single-celled yellow organisms, Minions evolve through the ages, perpetually serving the most despicable of masters. After their latest explosive mistake leaves them without an evil leader, the Minions fall into a deep depression. With the tribe on the brink of collapse, three unlikely heroes - Kevin, Stuart, and Bob - embark on a journey to find a new big boss. The three heroes must face their biggest challenge to date: saving all of Minionkind… from annihilation. 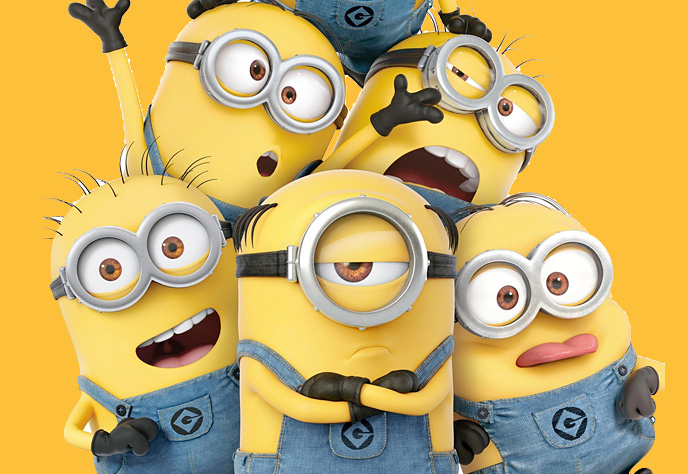