We Bare Bears is an animated comedy about three brothers trying to fit in and make friends...which can be kinda hard to do when you’re a bear. Grizzly is the oldest bear, and leads his brothers with bounds of optimism, which only turn out disastrous some of the time. Panda, the middle child, is a hopeless romantic. Ice Bear is the youngest brother with a wild card personality.

The Bears are fairly savvy about the modern world: they’re masters of the selfie, fans of food trucks, and chasers of internet fame. But they still have a lot to learn about the trendy residents that surround their humble Bay Area cave. Whatever the situation, it’s obvious that being a bear in the modern world is not easy. 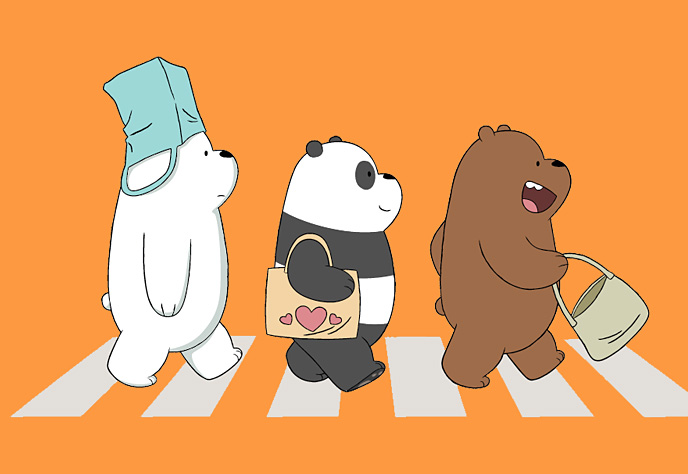